I was born in 1980.  I am still coming to grips with the fact that kids today think of that year like I think of 1950.  1950 is a long time ago.  1980 is awesome and new.  Why don't they get that?  Please kids, GET IT.  My earliest musical memories include playing records, but most of my early life centered around music on tapes.  In our house, we had a severe lack of stereos, boom boxes, tape players, record players, or any other equipment.  (Besides that wonderful pink tape recorder - see a previous post.)  The only stereo in our house never worked.  It is still in my parents' home today and 33 years later, I've never seen it turned on.  We usually had to go on car rides just to listen to music. 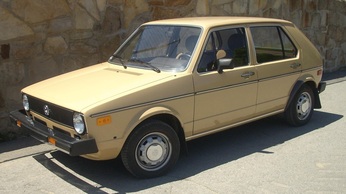 Hop in, kids! One trip up and down the road should be enough time for the new Springsteen song.
My brother was the first family member to step into modern times.  Sometime in high school, he bought a true stereo system that immediately became the centerpiece of our upstairs living room.  Now, that last part might sound unimportant, but, let me explain something: the upstairs living room was the "nice" one.  Originally, we had a TV in that room.  But, one dark day, my parents moved it out.  We've all been there: it became the sitting room.  The downstairs living room became the one that we could beat the hell out of. (my wife said I shouldn't end this sentence this way - so I am going to)  After a decade of banishment, my brother bravely reclaimed the upstairs with the righteousness of Dave Matthews Band, Counting Crows, and The Wallflowers.  I came along with John Williams, James Horner, and Michael Kamen.  The house belonged to us, and we weren't giving it back.  We immediately began spending any money we could get on musical tapes at The Wall.

Remember this? Great for us. Not so great for their investors.
Anyway, this stereo had the all powerful double tape deck.  I don't remember the exact moment that I discovered blank tapes, but I'm pretty sure it was accompanied by a choir of angels.

Oh, the possibilities!  No longer would I be shackled by Hollywood's predetermined track order.  I could pick and choose.  I could... CREATE THE GREATEST MIX TAPES EVER.  I could have an impact on the world of film scores.

I mean it.  That's what it felt like as a kid.  Here I am, in my thirties, and nothing has changed.  As I write these words, I am completely convinced that John Williams will read them and nod with his fingers thoughtfully on his chin.  Michael Giacchino will read them and appreciate my hilarious attitude.  Hans Zimmer will read them and then get back to 10 percussionists sitting at 10 drum sets.

I thought the mix tapes I made were big news.  I'm not embarrassed: I used to make the mixes and imagine having a release party.  I would be interviewed for TV, magazines, and eventually something new called the "world wide web."  Each year, around Christmas, the public waited with baited breath to find out which composers and films would be honored with their presence on my "Favorite Soundtracks" tapes.

In reality, the "public" was myself and my brother.

And so, with my massive audience's listening pleasure in mind, I took this very seriously.  It was important that each tape had the right "flow."  Each track had to be placed in the right order to maximize the listening experience.  If a cue ended quietly and with reverence to the subject material, should I follow it up with something in the same vein?  Or maybe shock the listener with a completely contrasting style?

Even more important, which track would get the coveted opening spot?  It had to be some sort of opening title, or main theme.  And how about the closing spot?  Some fanfare-ish piece that brought things to a standing ovation finale.  Or, maybe a beautiful Thomas Newman-ish ending that just made you feel warm all over.  Tough choices had to be made.  My non-existent production company CEO was breathing down my neck.  I like to imagine him as a surlier version of J. Jonah Jameson.  He's busy, and doesn't have time for my shenanigans.  But in the end, I always make the right choices and the company makes millions. 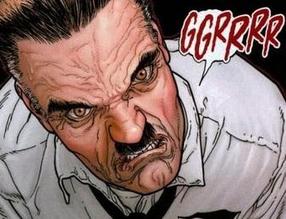 You want me to have a Rachel Portman cue lead into Hans Zimmer? Get out of my office!!
So how did my perfect track record begin?  With "Favorite Soundtracks #1."  I have no idea what inspired me to make a mix.  I had been perfectly happy listening to full albums like Crimson Tide, Waterworld, Jurassic Park, and others.  But, lightning struck and the music gods must have led me to the stereo with a blank tape in hand.  I put #1 together one afternoon when it was my turn to use the stereo (we had to have a strict schedule.)  Using the double deck, I was able to make the magic happen, but this was a fragile process.  At any moment, the wrong button could be pushed, and the blank tape could be copied over my precious film score albums.  With a team of imaginary engineers and technicians, every possible precaution was taken to protect the precious originals.  Picture NASA's mission control center, only bigger and more computer screens. 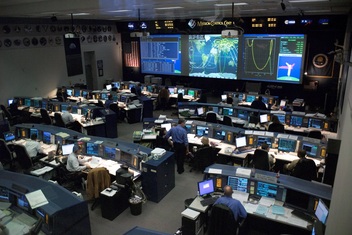 Failure is not an option.
So, by now you're either no longer reading, or you're actually kind of curious to know what a kid puts on his first film mix.  As previously stated in a perviously written and previously posted... post...  my first two film scores were The Star Wars Trilogy (Utah Symphony) and Star Trek VI - The Undiscovered Klingon Ship That Can Fire While Cloaked.  And so, paying attention to seniority protocols, both of those scores automatically earned special places on this momentous first release.  If memory serves, I owned about twenty scores at the time.  From those albums, I now give you my #1:

*On tape, it was sometimes difficult to know when each new track began.  I always thought this track began with the bass notes, followed by the drum set fill.  I learned years later that it was actually much more substantial than the piece they performed in the movie.
**The original BttF release only had two Silvestri tracks.  I believe both were called "Overture."  Years later I found out what they are actually called on the complete score release.
***On tape, this opening cue had a much darker and louder mix/orchestration.  Over the years, I've never been able to find that version digitally.  The track listed hear is the closest I can find.
****See footnote #2, or don't.  No biggie.
So there it is.  I bet you can't even remember a pre-reading-this-post world.  I once tweeted (I hate using that word) a tweet (I hate using that word) about creating these mixes as a child.  I was surprised to find that not many of my hundreds of followers (believe it or not, that number is not exaggerated) have never made a mix tape, CD, or playlist. 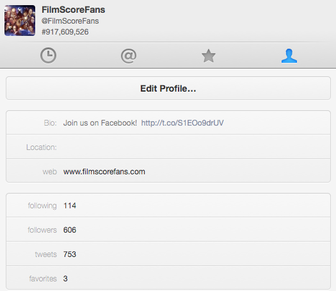 606 followers? That's gotta be a record. Like anyone could have more.
﻿C'mon people - don't let my self centered opinion on the superiority of my mixes scare you.  Give it a try.  I know you'll enjoy it.

I can specifically remember when #1 met its end.  In my 1991 Mercury Sable (a beautiful machine), the tape tore and began spitting out of the player.  Devestation.  But, a new copy was made and life goes on.  From tapes to CDs to iPod playlists, I have now created 35 mixes.  And I enjoy the process as much as I did when I was a kid.

I'll share the rest eventually.  But in the meantime, like I said: give it a try.﻿
Favorite Soundtracks #1 received an imaginary Grammy Award in 1993.
Proudly powered by Weebly