Ever listen to a song, and think, "Wow that was good... and it wasn't even a film score!"  Which is quickly followed by, "Wait, why am I listening to something other than a film score?"  Well, you're not alone.  I love exploring new types of music right along with standards from decades ago.  I'll always come back to film music, but my tastes are all over the place.  Listen to my iPod on random.  Go ahead, just please mail it back when you're done.

The best part of having an eclectic library is finding music that should be a film score.  You know the moment I'm talking about.  You're driving down the road during the "golden hour" and the music just makes everything perfect.  Well, if it wasn't a film score, how did it do that?  I don't know, I'm not a driving or lighting scientist. 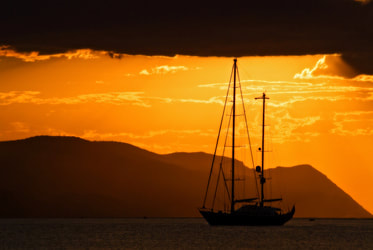 I used my Jerry Bruckheimer lens.
But, I do know whoever wrote/performed that tune should be scoring for the big screen.  I'm never shocked by the rock musician that creates an incredible instrumental build up to their next big hit.  Nor am I surprised by modern composers that write fantastic music for the stage.  What does surprise me, is that no one has tapped them to help make someone else millions in Hollywood.

Danny Elfman (Oingo Boingo), Trevor Rabin (Yes), Randy Newman, Daft Punk, and countless others all had (have) huge music careers before entering the film world.  How have more fantastic musicians not made the trip into the film music studios of the world?  Well, here is a list to get Hollywood producers started.

Of course, I will expect some form of agent's fee for hooking you up with them.  Have your people call my people.

Who?  He is a well established composer for (mostly) wind ensemble.  His pieces are widely performed by school ensembles of all ages and abilities.  He spent his career in the US military as a composer and arranger for some of the greatest military ensembles in the world.  He knows his stuff.

Why?  I performed The Second Dawning when I was in high school.  I've played Stravinsky, Mozart, Husa, ....everything.  Twenty years later, this is still one of the greatest emotional connections I've ever felt with a piece.  The music depicts the emotions and amazing stories that Hosay, with the rest of the world, witnessed when the Berlin Wall fell.  He refers to this as the Second Dawning of freedom.  He was particularly astounded that this major event came about without a single battle erupting.  Listen to the piece: (1) out of the mist trepidation in the low reeds, (2) a hopeful horn solo, (3) layered intense fear and possible confrontation, and (4) an exuberant (peaceful) finale.  It just screams film score.

What?  Re-score The Second Dawning for orchestra, and put it in as a temp track for any epic drama.  I promise it will work.
The Evidence:

Who?  She's considered by many to be one of the world's most inventive guitarists.  Now, before you get upset, yes - I'm aware that she has already worked on film projects.  But, only as a contributor or as composer for minor releases.  It is time for her to show her amazingness on a major motion picture.  So here she is on my list.

Why?  Her heightened technical abilities give her the ability to compose outside the norm.  Because she can play things no one's ever played, she writes things that no one's ever heard.  At least, that's my take.  But, on top of that, she is capable of writing amazingly lush music that is enjoyable to traditional listeners.

What?  I'd love to hear a quirky dramedy.  Think Little Miss Sunshine, Nebraska, or The Way Way Back.
The Evidence:

Why?  Everything he's involved with has a certain theatrical tone to it.  Wether he's working on Into The Wild or climbing the lighting scaffolding at a show... he knows how to entertain.

What?  From his life as lead singer of Pearl Jam, I give you Elderly Woman Behind the Counter In A Small Town.  I want that sudden vocal and acoustic guitar entrance scored over a cold opening from any genre.  In his film work, take a look at Hard Sun.  There's that acoustic sound again.  And finally, take a look at his Ukulele Songs album.  I picture any of these songs being perfect for an Indie drama.
The Evidence:

Who?  The eight sons of jazz artist Phil Cohran travel around the world performing all kinds of genres.  And they do it with brass instruments, a drum set, and (sometimes) a bass.  They've created a very unique mix of styles in their sound and have devoted following.

Why?  War was featured in The Hunger Games films as Caesar Flickerman's theme.  When I saw that first movie, I did a quadruple take of awesomeness when I heard their music.  And now I want more.

What?  Their sound could be used in a wide range of films, but I think it would be fun to hear them write for an action drama.  Something like Four Brothers comes to mind.
The Evidence:

Who?  Nirvana drummer.  Foo Fighters frontman.  All around musician.

Why?  Foo Fighters' first instrumental, Ballad Of The Beaconsfield Miners was written in response to a real life mining disaster.  One of the trapped miners requested an iPod with Foo Fighters music loaded onto it.  Grohl responded by writing and dedicating this tune to them (it features Kaki King).  Obviously I've never met him (shame...) but he just seems to have an understanding of the importance of human stories.  I'd like to see him help tell those stories on the big screen.

What?  Another song presented as evidence is Come Alive.  This is more in line with his usual sound.  It quietly moves along until about 1:51 where a slow build takes us to an explosion at 3:32.  Put this with any "hero overcoming an obstacle montage" in film history, and I will enjoy your movie.
The Evidence:

Who?  He is a professor at the Julliard School of Music in New York, and has written numerous pieces for orchestra and wind ensemble.  He is also an accomplished writer of concertos and sonatas.  (Trumpet is my instrument of choice - his sonata is standard literature.)

Why?   This one gets a little personal for me.  I had the pleasure of meeting Mr. Ewazen in college when we performed his Celtic Hymns and Dances.  He is a jovial character. (and that's putting it lightly!)  His enthusiasm was almost childlike - and I mean that in the best way possible.  He was just so excited to be making music.  Many of my peers responded negatively to the experience.  They said: his music isn't serious literature.  He's too excitable - not a serious composer.  They liked to throw around the world serious quite often... and then spend their weekends completely hammered.  Go figure.  Anyway - They were wrong.  He's an entertaining and energetic musician with a love for great story telling.  Plus, he works at Julliard and they most certainly do not.

What?  Give him an animated adventure like How To Train Your Dragon (listen to Celtic Hymns and Dances).  Or, go completely in the opposite direction and give him a romantic drama (check out the Sonata or Ballade below).
The Evidence:

Who?  The fake Dean from NBC/Yahoo's Community.  Oh, and he's a pop/electronica/rock musician.

Why?   I believe I read this somewhere, but I could be making it up:  His album, Play, was the first album to have every track used on a film or television soundtrack.  (Start the fact checking!)

What?  Seabiscuit.  Gone In 60 Seconds.  The Bourne Identity.  Now it is time to hear him take on a complete feature film.  Get on that, Hollywood!
The Evidence:

Who?  Mr. Miles is a world renowned banjo expert, specifically in the clawhammer playing technique.  I had the pleasure of taking a guitar/banjo class with him just last year.  He is a truly unique composer, entertainer, and educator.  From his one man show about the history of banjo music, to his teaching experiences around the world (from Chicago to Lebanon and beyond), he has a lifetime of experiences that factor into every part of his creative life.

Why?   He composed the Suite For the Americas almost as an afterthought.  As he put together the album, American Bach, the producer told him he needed to fill in some time on the record.  So, he set about composing this piece.  When he told me this story, he almost sounded like he took care of it over a weekend.  The result is a wonderfully playful tune.

What?  His albums usually center around Americana, but he has also taken an interest in everything from Bach to modern experimental guitar music.  I could see him creating music for anything from a romantic comedy to a drama like The Green Mile.
The Evidence:

Who?  Mr. Adams is a Pullitzer Prize winning minimalist composer.  He has written operas and concert music for a wide range of ensembles.

Why?   Energy.  His music is always packed with forward motion.  Listen below!

What?  Some of his music is built for the unique storytelling found in off-kilter independent films.  At the same time, he has written music perfectly suited for a beautiful love story or an amazing adventure.  Obviously, he could tackle a wide range of film genres.
The Evidence:

Who?  Lead singer of Dave Matthews Band and actor.

Why?   His acoustic noodling and slow mood builds are second to none.  When DMB covers a song, they always put their own spin on it (see Watchtower).  It's easy to hear that he understands and relishes creative and storytelling opportunities.

What?  Any comedy or drama - he'll give you something unique and wonderful.
The Evidence:
Have some favorite musicians that you'd love to hear in the film score world?
Tell me all about them HERE!
Proudly powered by Weebly